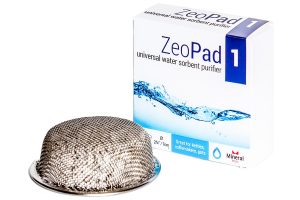 Zeolite powder is quickly gaining popularity in Canada as news spreads of its many health benefits. Zeolite is a naturally occurring mineral found all over the world; however, the only type that is safe for human consumption is zeolite with clinoptilolite-properties, found in Siberia.

Researchers have confirmed that this mineral has a multitude of benefits for human health, including its ability to absorb heavy metals like a sponge and then escort them from the body.

Siberian zeolite was originally used after two major nuclear power plant accidents to treat people affected by radiation poisoning. Study participants showed a 30% reduction in radioactive isotopes in their bodies after the very first application of zeolite. Levels continued to drop with each application.
This mineral works at the cellular level by trapping heavy metals and toxins, safely removing these positively-charged particles, and flushing them out.

In March of 2016, a company called Mineral Medix launched a new zeolite product in Canada, which has enjoyed increasing popularity as a super-efficient and eco-friendly detoxifier that absorbs toxins like a sponge and removes them from the body, along with other harmful substances. It performs this function while replenishing useful minerals at the same time. Zeolite powder has also been found to:
• Help restore the body’s acid-alkaline balance;
• Help charge the mineral composition of the cells in the body – its crystalline structure provides 84 different trace elements;
• Help fight free radicals (unstable species) which destroy the cells in the body and hasten age-related issues.
• A new medical study has shown that zeolite helps patients to significantly recover after chemo and radiation therapies.

New ZeoPad Product Launched
This month, Mineral Medix is pleased to announce the launch of a new product that utilizes the toxin-absorbing and disinfecting power of Zeolite to clean tap water and make it more drinkable. When placed inside a pot or tea kettle, the ZeoPad Universal Water Sorbent Purifier works to remove contaminants from the water as it boils. This application of ZeoPad in water treatment results in:
– a reduction of water hardness;
– the enrichment of the water with silicon and sodium;
– a decrease of residual aluminum content;
– a decrease of nitrate content in the water;
– a decrease of calcium and magnesium levels;
– an improvement of acid-base balance;
– a decrease of hard metals level in water;
– a reduction of scaling on the walls of tea kettles and pots.

Visit Mineral Medix at Whole Life Expo, taking place Oct. 21, 22, and 23 at the Metro Toronto Convention Centre, where they will be presenting ZeoPad and Zeolite products at their booth number 101. For more information, visit: http://www.wholelifeexpo.ca or see Showguide in October issue.

This article appears in the September 2016 issue of Tonic Toronto